Through our “Expertly Done” travel series, explore cultures, food, and wine enhanced by the knowledgeable, approachable insights of Premier’s hand-selected experts like Chef Bob Waggoner. He is headed south of the equator for two weeks in early 2020 and you won’t want to miss experiencing one — or both — of these bespoke, luxury tours. During the first week, Premier Tours & Travel and Chef Bob will lead you on Argentinean cultural, viticultural, and culinary adventures throughout Buenos Aires and Mendoza, including renown wineries in the Maipu, Lujan de Cuyo, and Uco Valleys. Hand-selected luxury accommodations, such as Relais & Chateaux property Cavas Wine Lodge and Palacio Duhau – Park Hyatt Buenos Aires, as well as Chef dinners and exclusive, bespoke winery cooking experiences will make this truly a Premier experience.

After an overnight flight, you will touch down in Buenos Aires, often referred to as the Paris of the South, and will enjoy a half-day guided tour focused on the barrios of La Boca, popular its colorful houses and pedestrian street and the Caminito, where tango artists perform and tango-related memorabilia is sold; San Telmo, the oldest barrio of Buenos Aires with its well-preserved historical, colonial buildings and cobblestone streets; May Square in the barrio of Monserrat and has been the scene of the most momentous events in Argentine history, and Puerto Madero. Following a traditional Argentinean lunch with Chef Bob Waggoner, you will check in for your first two nights in the five-star luxury of Palacio Duhau – Park Hyatt Buenos Aires. Your second day in Buenos Aires will include a half-day guided tour focused on La Recoleta, the area in which your hotel is located as well as an area of great historical and architectural interest due to its Beaux-Arts architecture and the distinguished Recoleta Cemetery; and Palermo, the main shopping area. The day would not be complete without a three-course lunch and a traditional Argentinean dinner and tango show.

After a brief domestic flight from Buenos Aires, you will touch down in Mendoza to begin a four-night culinary excursion with Chef Bob Waggoner throughout the Maipu, Lujan de Cuyo, and Uco Valleys while nestled into Relais & Chateaux property, Cavas Wine Lodge, each night. Over the course of your stay, you will experience exclusive, bespoke, collaborative cooking experiences with Chef Bob Waggoner and the Chefs at renown wineries, such as El Enemigo Winery, Bodega Largarde, and Trapiche Winery. In addition, you will enjoy tours and tastings at various other vineyards, such as Chandon Argentina, Bodega Vistalba, Solo Contigo, Corazon del Sol, Andeluna, and La Cave de Karim Mussi, as well as visits to taste olive oil and local jams and quince bread. Chef Bob Waggoner will also host two Chefs Dinners at Cavas Wine Lodge — one evening under the night sky by the parrilla, and one in collaboration with Cavas Wine Lodge’s acclaimed Chef in their restaurant. 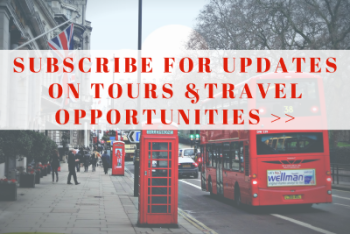 Monday, March 3, 2020
Breakfast
At Leisure Until Departure to Buenos Aires then onto Connecting Flights to the United States*

*NOTE: Itinerary subject to change. Premier Tours & Travel reserves the right to modify programs and itineraries (including arranged sightseeing, accommodations, aircraft, trains, vessels, and so forth) at any time due to unforeseen circumstances or circumstances beyond Premier Tours & Travel’s control. In the instance our Expert host cancels due to unforeseen circumstances, the tour will continue in its entirety. Every effort is made to operate our itineraries as planned but alterations may need to be made after the final itinerary has been issued. Airfare is not included. 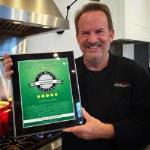 A California native, Chef Bob Waggoner received his formal training with Michael Roberts at Trumps in Los Angeles from 1981 to 1983, and later in France at a constellation of Michelin-rated restaurants with chefs Jacques Lameloise, Charles Barrier, Pierre Gagnaire, Gerard Boyer and Mark Meneau. At 23, he took on his first chef position at the private club “Members” in Caracas, Venezuela. Chef Bob Waggoner returned to France at age 24 to become chef of the Hotel de la Poste in Avallon for three years. Then, in 1988 at age 26, in the town of Moneteau in Burgundy, he became the first American chef to own his own restaurant in France, the much acclaimed Le Monte Cristo.  He is one of the few Americans to be Knighted with the “l’Odre du Mérite Agricole” from the Government of France.

In 1991, Waggoner was offered the opportunity of Chef de Cuisine with Chef Jean-Pierre Silva, the two-star Michelin, at Le Vieux Moulin in Beaune, France. After 11 years in France, he returned to the States in 1993 to cook at the award-winning Turnberry Isle in Florida, before joining The Wild Boar in Nashville, where he earned the restaurant a coveted AAA Five-Diamond Award and the Grand Award from Wine Spectator.

He finally found his way to Charleston where he was Executive Chef of Charleston Grill at Charleston Place for a dozen years. Every year Chef Bob was at the Charleston Grill, it was awarded AAA Four-Diamond and the Mobile Four-Star award, and in 2001 he was nominated four times for The Beard Foundation "Best Chef Southeast" award. Always well regarded as a media-savvy chef, he won an Emmy for his television show “Off the Menu” with Turner South, and was the host of the PBS series "U Cook with Chef Bob" and "U Travel with Chef Bob." He is currently working with top country musicians in Nashville on the hit show "Sing for Your Supper."

Now Chef Bob is moving on from his restaurant past, but he is certainly not leaving the kitchen.  Drawing from the wealth of artisans in the Charleston area, from woodworkers to artists and cabinet makers, Chef Bob has created a stunning demonstration kitchen in downtown Charleston with reclaimed wood floors, a u-shaped marble countertop and even a Grand player piano.  Despite the sophisticated surroundings, Chef Bob's cooking classes are relaxed and casual, and with his easygoing nature he can teach anyone the culinary tips and techniques for "how it's done" in the finest restaurants.